It’s that time of the year where we get our annual edition of the Note Series and this time, it’s the Samsung Galaxy Note 8. After the Disappointing recall of the Note 7, what new features await us?

The frustrations of using desktop programs on your phone are real for many. For me. I have huge fingers which often causes me to misclick a lot of the keys when I’m trying to type. It becomes even worse when I try to use Google Sheets on my phone.

The obvious solution is to not use Google Sheets on my phone. DUH!

I’m on the move and sometimes, I don’t have a choice when it comes to using Google Sheets on the go.

The Note series again has proved that you can be productive and use desktop programs on your phone.

In this review, I’ll be going over:

The real question is, should you fork out $1398 on this phone? One of best camera capabilities in the Android market, the Samsung Galaxy Note 8 has dual camera array that pairs two 12 megapixel sensors.

The main sensor is a wide-angle lens which allows you to capture more and it’s equipped with Samsung’s super fast dual-pixel autofocus.

The secondary sensor is a telephoto lens with: The standout feature is that the Galaxy Note 8 has image stabilisation in both lenses. This means images from either lens should be crisp and sharp in most lighting conditions.

The Camera also packs in some extra features such as the sticker pack! Surprisingly, the camera is able to detect quite a few faces to add the sticker too! Here is a sample of the stickers on 3 people. Not a deal breaker, but it’s nice to see that Samsung has included this small extra features.

Before you pick up your boards to protest, yes I know this feature has been around for ages! But with the Note 8, you are able to create a shortcut that you can pair 2 apps together. Increase in production yay!

In this example, you can see that I have paired my YouTube and Telegram. By doing this, I am able to make use of that amazing screen to watch YouTube and reply my girlfriend at the same time. Happy girl, happy me. It’s a win-win situation! Go to infinity and beyond with the near bezel-less display.

Samsung is known for having some of the best displays on a smartphone. Of course, the biggest difference to other large smartphones is the 18.5:9 aspect ratio!

There is plenty of screen to support App Pair and Multi Window. Personally, watching YouTube on this screen is beautiful.

The inclusion of the S Pen on a smartphone is something I wish more phones did. The S Pen helps with increased precision such as selecting a Google Sheets cell.

The S Pen has a smart select option. This allows you to extract text from the image or save it as a more precise screenshot. With Smart Select, you are able to create video screenshots. In short, a Gif of up to 15 seconds. It’s useful if you want to show a friend a part of a YouTube video without having to send the link over. Another cool S Pen feature is Auto Translation. By hovering your pen over the word, you are able to auto-translate it. This isn’t something you will use every day but it’s useful when travelling.

Before you start roasting me for being an Android Fanboy, here are the bad points about the Samsung Galaxy Note 8.

Samsung’s decision to load the Note 8 with a much smaller battery than the Note 7 is understandable. Unfortunately, that means the new Note has underwhelming Battery life.

It’s enormous, 2,960 x 1,440 display is a lot for the 3,300mAh battery to handle, and it struggles. In my time with the phone, the battery has comes close to running flat halfway during the day. This forces me to either find a place to charge the phone, limit my use of it or turn down the settings of the phone.

Would have been nice to have a bigger battery, but it’s understandable. Wouldn’t want the Note 8 to blow up like its younger sibling. It’s a pity considering other flagships this year have come out with bigger batteries like the One Plus 5 model to name one.

You can always pick up a power bank to give your Note 8 the extra boost!

Fingerprint Sensor positioned only for people with long fingers In most phones, the fingerprint sensor in the middle below the camera behind the phone or at the front of the phone.

Samsung decided to be revolutionary and placed the fingerprint sensor beside the camera. My hands are average sized and I have difficulty reaching it. And even when I do, I need to readjust my grip to continue using the phone!

Most of the time, I miss and my finger ends up on the camera. Thankfully, the note 8 has other ways to unlock the phone such as the Iris Scanner and the Face recognition.

Phones nowadays are getting ridiculously expensive! $1398 is a lot of money. That’s 932 plates of sushi at Sushi Express. 699 egg pratas and the ultimate 349 plates of chicken rice. 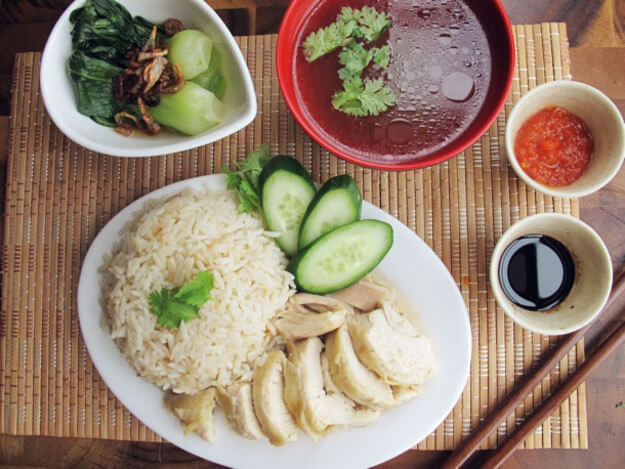 Touching more about the price. You are paying a few hundred more to get a few extra features over the Samsung S8/S8+ which costs only a fraction of the price.

Should you buy the Samsung Galaxy Note 8 or save up for a whole year’s worth of lunch?

Ultimately, it comes down to these main questions:

If your answer is yes to everything, buy it!

If not, One plus 5 and the Samsung Galaxy S8+ are cheaper alternatives if you’re an Android fan.

What do you think? What features of the Samsung Galaxy Note 8 are you most excited for? And are you going to get one? Let us know! We would love to hear from you!

Tips For How to Sell Old Stereo Equipment Online 5 ways to live out your childhood superhero fantasies