We know, a lot of us are feeling the Circuit Breaker slump 🙁 So we thought we’d check out the MOST search for neighborhood amongst those searching for property on Carousell this 2020. As it turns out, it’s all the way up North: Woodlands.

People constantly joke about having to bring your passport to go to Woodlands, but hey, were you ever unhappy to get to travel somewhere that requires a passport? Didn’t think so 😉 With it being so close to Johor Bahru, you get the best of both worlds – or countries, at least.

Plus, this suburban gem of the North has some of the most affordable house prices in Singapore. 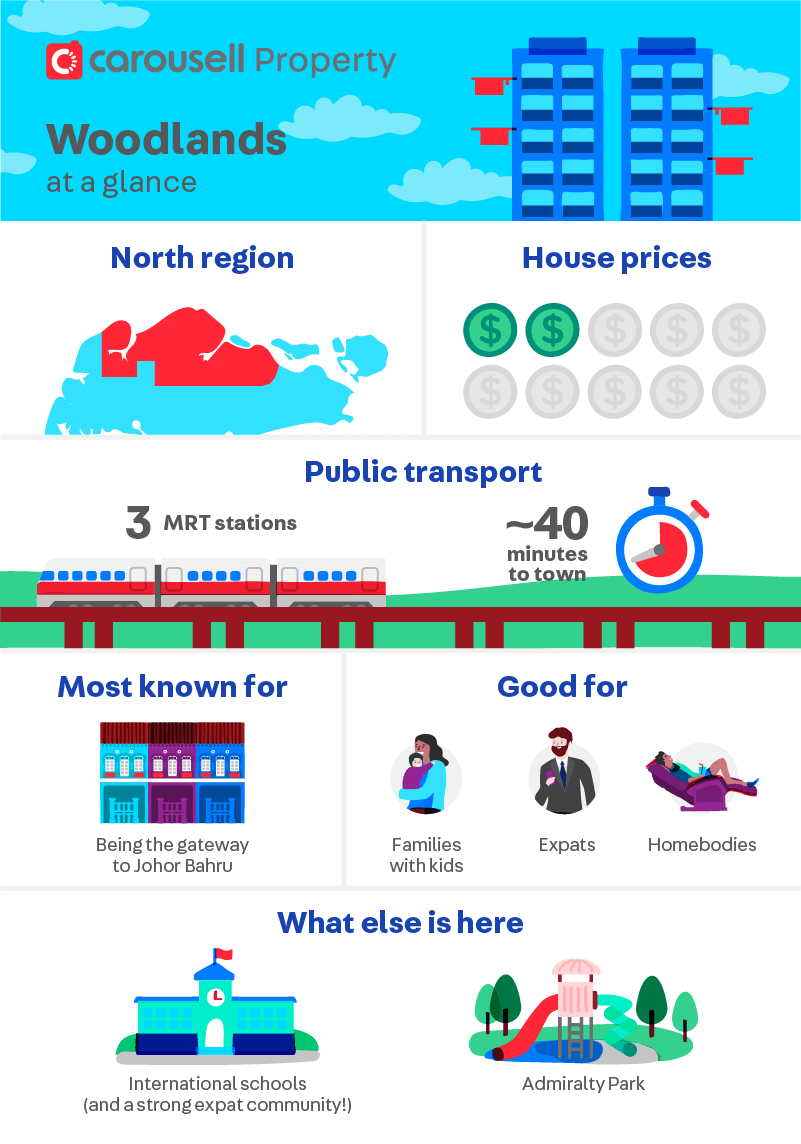 Thinking of making Woodlands your home? Know this about the neighborhood: 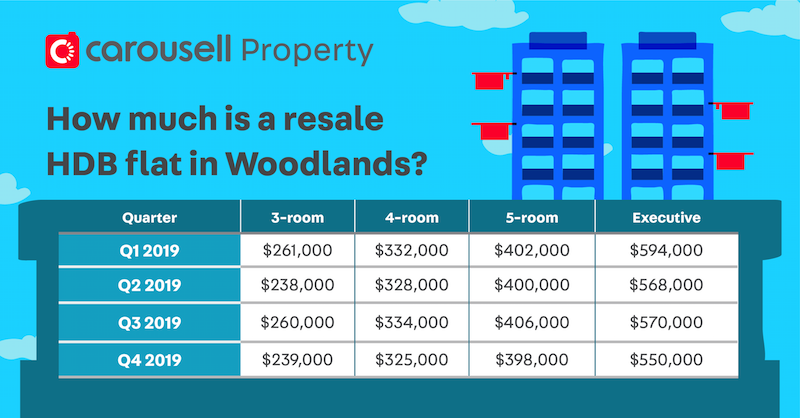 Considering URA’s Master Plan for transforming Woodlands – and big plans like these usually increase the values of homes in the neighborhood – property prices in Woodlands have stayed super affordable. Score! 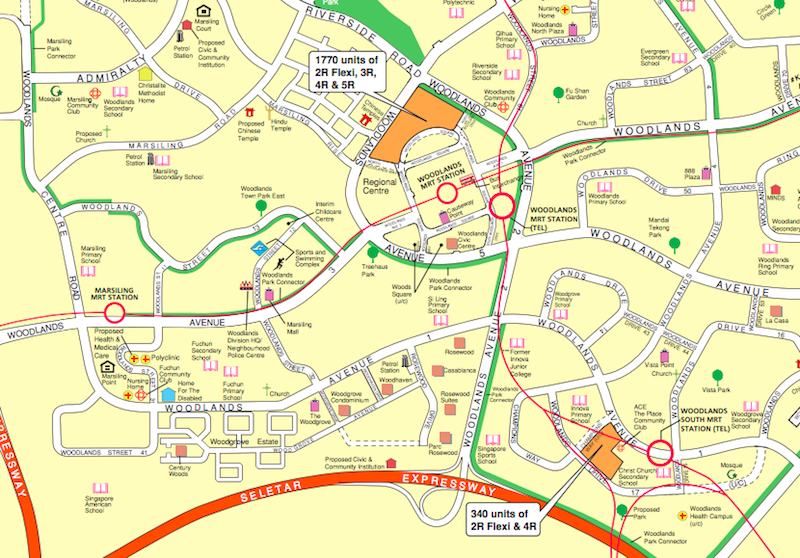 August 2020 will see the launch of 1770 units just across Woodlands MRT Station, as well as 340 units along Woodlands Avenue 1.

The latter is located much deeper into the estate, but it’s just as accessible as the former – by the time this BTO project is complete, Woodlands South MRT Station would have opened for operation right beside it.

BTO launches all the way up North aren’t typically too highly subscribed, but we reckon that their locations right by MRT stations will make them a good BTO pick.

Most affordable condos in Woodlands 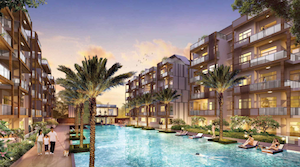 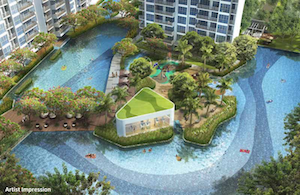 Forestville: Ok, it’s technically 1) an Executive Condo and 2) not even for sale yet, but hey, we’re thinking ahead. This EC obtained its TOP in 2016, so it’s one to watch when units here enter the resale market after hitting their Minimum Occupancy Period (MOP) in 2021-2022.

Most affordable homes for rent in Woodlands

The first phase for the Thomson-East Coast Line (TEL) – comprising Woodlands North (TE1), Woodlands (TE2/NS9) and Woodlands South MRT Stations (TE3) – opened for passenger service in January 2020. Once the line is completed in 2024, it’ll get you to Orchard (TE14) even more quickly, as well as well-loved East-side spots like Tanjong Katong (TE25) and Marine Parade (TE26).

With plenty of primary schools (12, to be exact!) peppered around the entire Woodlands estate, there’ll most probably be one within 1km of your home, which gives your child Primary One Registration Priority (use this handy school distance checker!).

At the heart of Woodlands is Causeway Point, its biggest shopping mall, housing all of your essentials like Cold Storage, over 70 F&B options, banks and Cathay Cineplexes (yes, we consider a movie theatre an essential).

No prizes for guessing why it’s called Causeway Point: Because Woodlands is most known for being a causeway away from Johor Bahru. Super convenient for the avid JB day tripper.

Something the kids will love: Admiralty Park Playground, built on mini hills and slopes, has 3 adventure-filled play areas and 26 slides – the most number of slides in any park in Singapore. 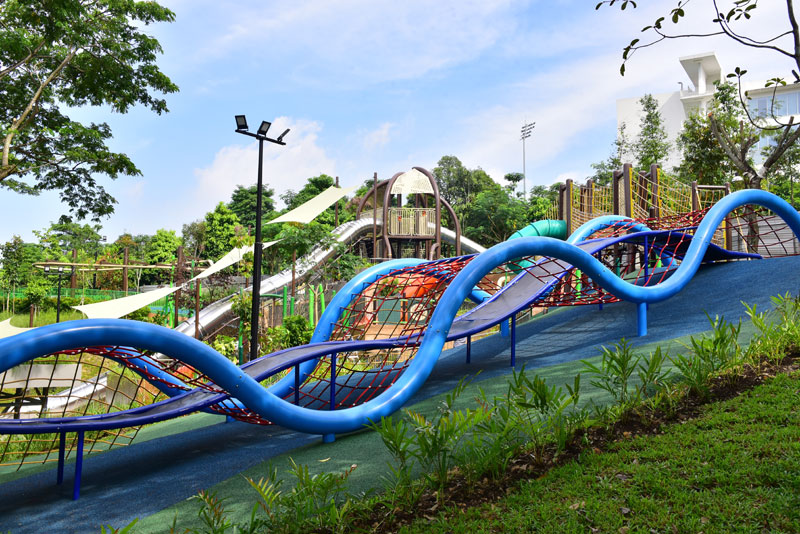 And, get this: Fried chicken ice cream. We kid you not. From Tenderbest Makcik Tuckshop, the folks who do fried chicken everything. 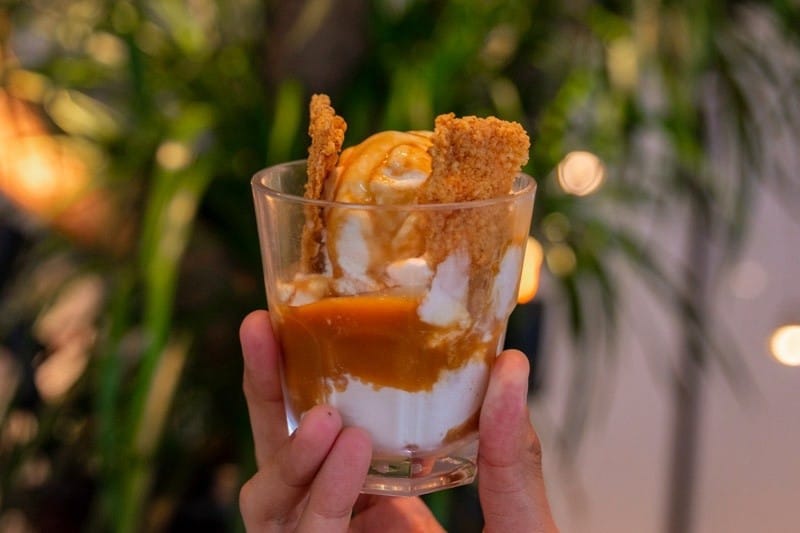 Why I live here

American Fiona Stainer isn’t the only expat living in this neighborhood – in fact, there’s quite a sizeable expat community here because of the several international schools in the area, like the Singapore American School.

P.S. Take it from Fiona, Halloween enthusiast: On Halloween every year, the Woodlands Woodgrove estate is definitely the place to trick or treat.

There, plenty of reasons to consider making Woodlands your next home, especially if you have a tighter budget to keep to.