Home For sale How to buy a HDB flat BTO flats in Tengah: What you should know about Singapore’s newest BTO... 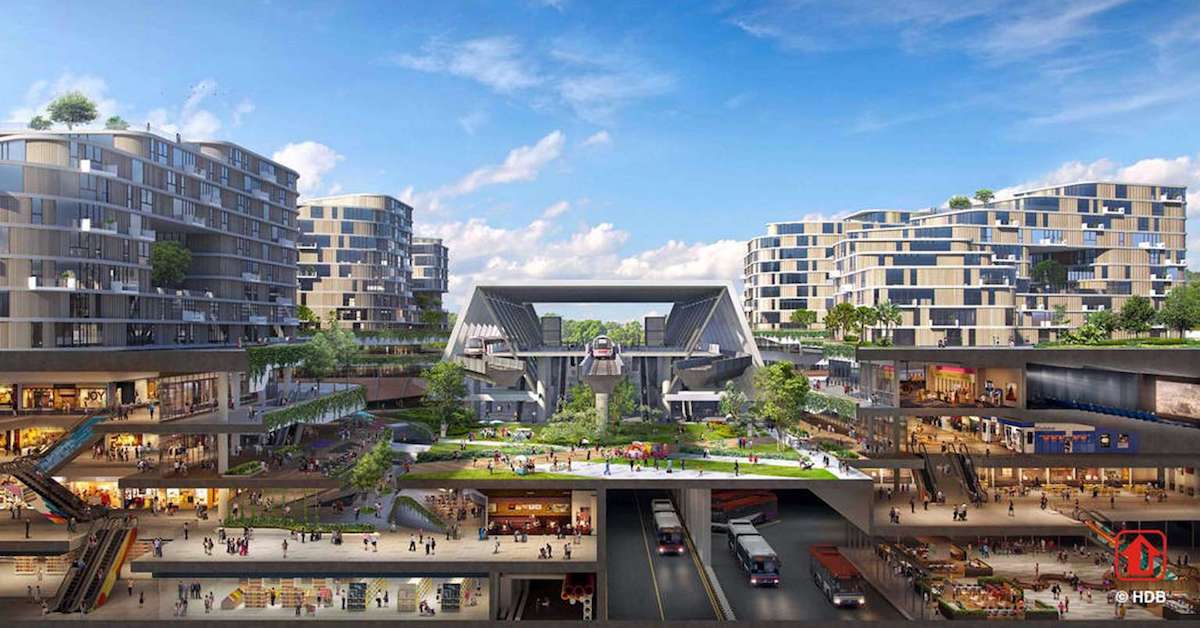 We all know location is one of the most important factors when choosing a home – try asking a long-time Tampines native to move to the West, or a sworn-in Bukit Timah resident to give up their super central location.

So if you’re about to apply for a BTO flat in Tengah in the upcoming BTO launches, you might feel a little apprehension because it’s unchartered territory. Those guys are literally building it from scratch right now. So here’s what you need to know: 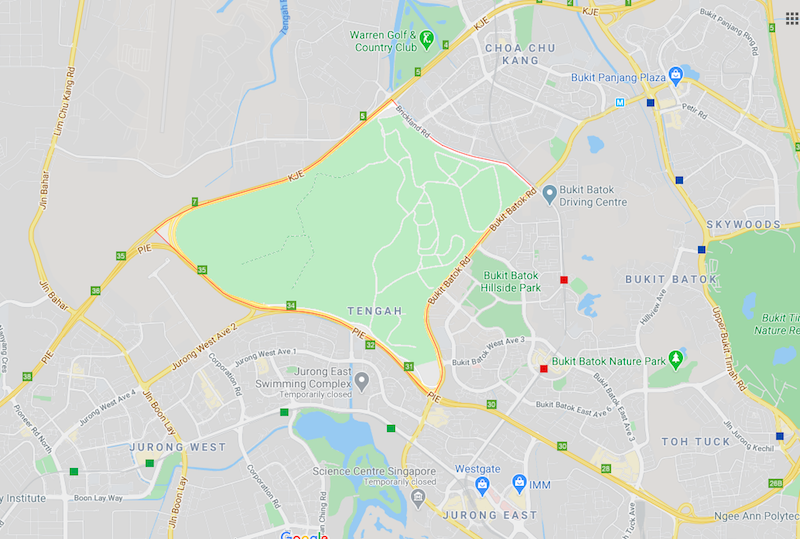 And many also predict that Tengah will follow in the footsteps of Punggol – that is, it’ll ultimately becoming an inviting neighborhood to live in; and if you’ve scored on a BTO flat there, you’ll enjoy high capital appreciation in the years to come.

If you’re thinking of making a property move (yes this is us trying to be punny), here’s why you might come to love Tengah as your home the same way Punggol residents love theirs:

I mean… If you look at that Google Maps image of Tengah, it’s pretty much just a plot of green.

But hey, Punggol also once looked like that. Before the government’s plan to urbanize Punggol into what it is now, it was mainly a sleepy marshland. And look at it now!

Similarly, there are big plans in the works for Tengah to be transformed into a “Forest Town” – not the i-will-get-lost-in-the-trees-and-never-make-it-out-alive kind of forest, but an eco-conscious, community-centric estate with a Central Park, kilometre after kilometre of hiking trails that’ll connect the surrounding nature reserves, community gardens and energy-efficient town planning. 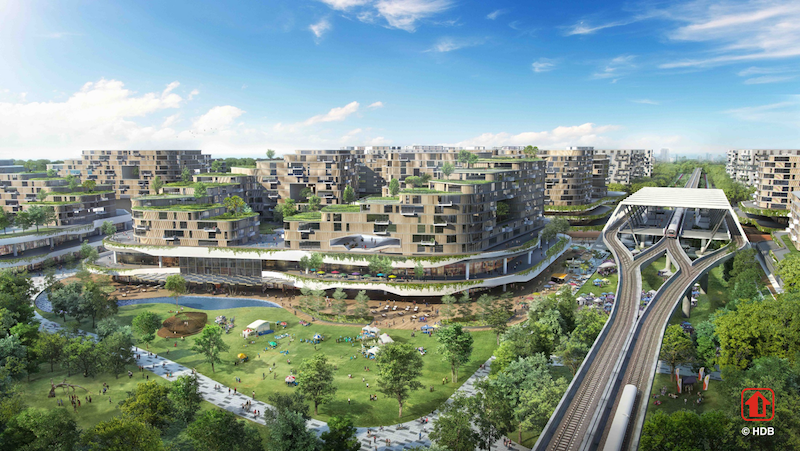 2. Which is why property is super cheap

Home prices in non-mature estates tend to be cheaper because they’re still a Work In Progress. And Tengah is a town that pretty much doesn’t even exist yet. As non-mature as non-mature gets.

Of course, the BTO prices reflect this:

The first batch of BTO flats in Tengah were launched in November 2018, with prices starting from $101,000 for a 2-room Flexi flat.

Say for instance you’re buying a $290,000 4-room BTO. Your HDB loan can pay for up to 80% of the purchase price of your flat which leaves you with only 20% as the downpayment i.e. $58,000. Then you’ve also got up to $80,000 of CPF housing grants that you might be eligible for, which means there’s a chance that you could have literally zero initial cash outlay for your new home. Zero!!!

And because of the low entry price, you’ve also got plenty of profit potential – a scenario that happened for Punggol BTO-ers as well.

3. And BTO flats are relatively easy to get

Whereas resale HDB flats are just a matter of negotiating directly with the seller, getting a BTO flat involves you having to successfully ballot for it.

People say getting a BTO flat is like striking the lottery, partly also because you’ll need tons of luck to successfully ballot for one when they’re so oversubscribed. 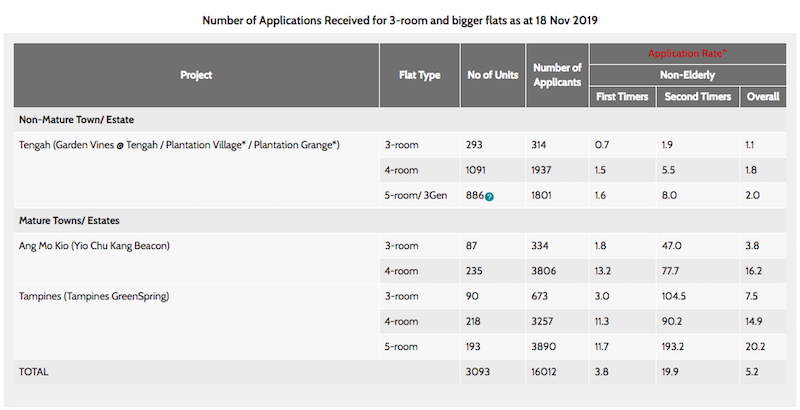 4. Expect plenty of amenities (…in time to come)

Like we mentioned, there a biiiiiiig plans for Tengah. A sprawling Central Park and hiking trails. Thematic playgrounds for the kids. Roof gardens on selected HDB flats, community farms and water features. Malls and spaces for farmers’ markets.

But all of this will take time, of course. Just like the case of Punggol – Punggol New Town was announced in 1997 and the first BTO flats were completed in 2002, while the snazzy Punggol Waterway Park, for instance, only unveiled in October 2011.

So before all of that is brought to life, you’ll probably have to travel out for the time being. Which brings us to our next point…

Jurong Region Line (JRL), which will run through the Tengah Estate, but is slated to begin operations only in 2026 (and complete in 2028): 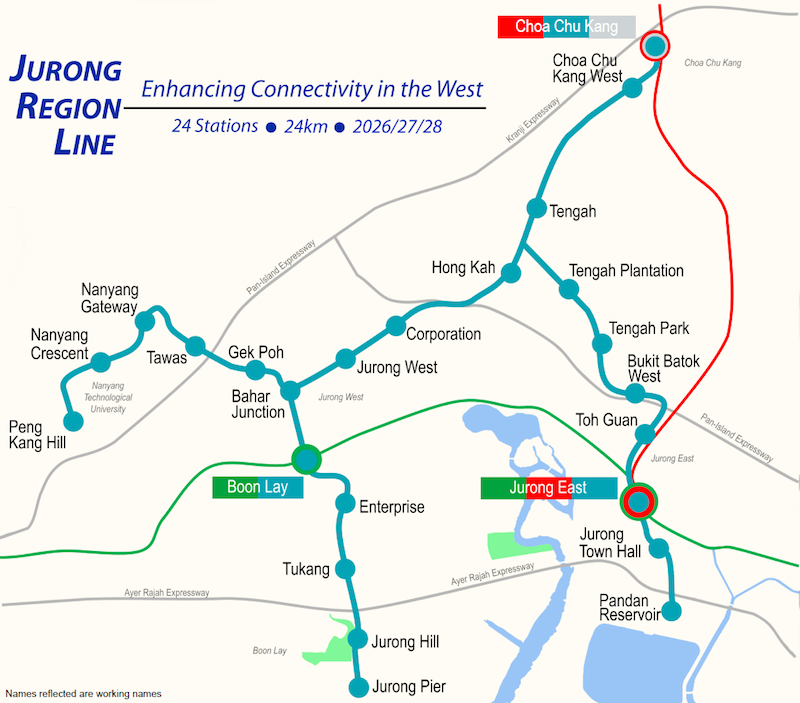 Meanwhile, the first BTO flats in this town were launched in November 2018 are expected to be completed in 2023. So if you’re one of the first generation residents of Tengah, do keep in mind that’s 3 years of being MRT-less.

That said, the good thing is that Tengah’s surrounding estates are pretty happening. In Jurong alone, there’s already the good shopping mall trio comprising JEM, Westgate and JCube. We’d say even if amenities aren’t fully built up during the initial phase, you’re still all set to live comfortably in Tengah.

Note, though, that while getting to nearby malls and amenities are easy, you might find it a little more of a hassle if you prefer heading to town. While the JRL will connect Tengah to Jurong East, Boon Lay and Choa Chu Kang, there hasn’t been any plans to connect MRT stations in Tengah directly to areas beyond the West. That means your commute via public transport will probably involve a couple of transits.

Can’t lie, Tengah sounds pretty great. The fact that it’s right beside the Western Water Catchment and Bukit Timah Nature Reserve makes it the perfect place to develop into a Forest Town.

But it also comes with clauses, the biggest one of all being that you’ll need the patience to wait things out – a thriving town isn’t built overnight.

Of course, there are alternatives. Resale HDB flats in Tengah’s neighboring estates like Choa Chu Kang and Bukit Batok are still relatively non-mature and hence few of the cheapest in Singapore.

Plus, with the development of this new HDB town, especially the major parks and nature trails that’ll extend outside of Tengah itself as well as the Jurong Region Line, expect to see property prices rise in these neighboring estates. Meaning to say it’s a good time to buy right now, before prices begin to respond.

We hope this quick analysis of Tengah has been useful, and if you’re all set to start your property journey, tap the banner below to start home-shopping! 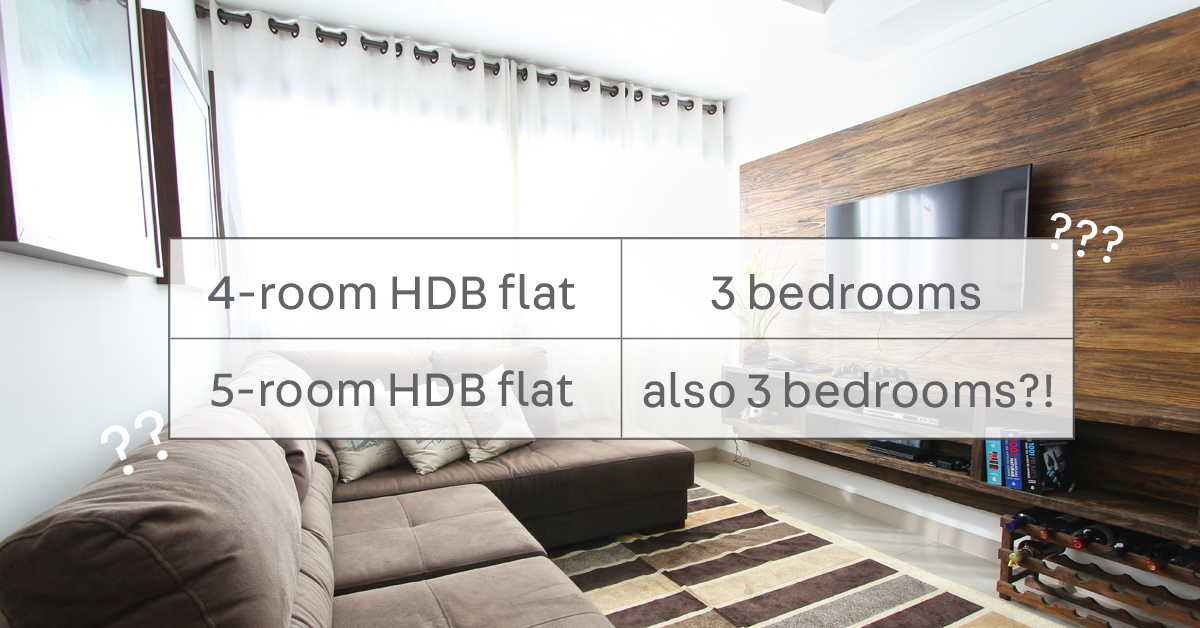