Home For sale How to buy a HDB flat Would you buy an older HDB flat if it’s 1/3 the price?

You might have figured from the title… Age is definitely not just a number when we’re talking property.

We’ve looked at the pros and cons of buying an older HDB flat, including how HDB flats generally get cheaper as they age since they’re built with 99-year leases.

But exactly how much cheaper? We calculated the average prices of all the 4-room HDB flats (just because they’re the most common HDB flat size) sold this 2019, according to the year they were built: 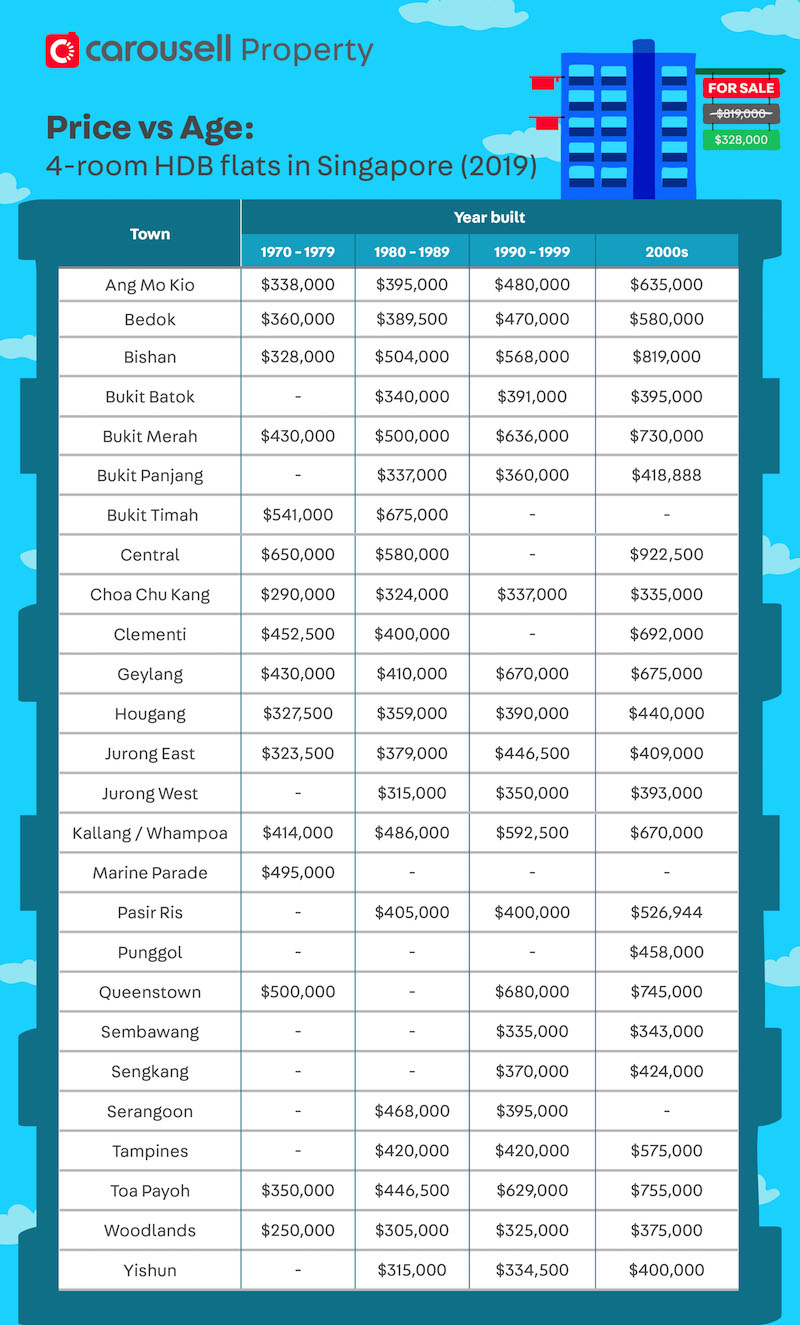 A price difference of almost THREE HUNDRED per cent?! Sounds extreme, but of course, it’s not just an age thing. For one, the location of the younger HDB flats in Bishan are A++++. The newest ones, launched in 2006, sits along Bishan Street 13, a 10 minutes’ stroll to Bishan MRT Station. Definitely a big reason for a big price tag.

But there are exceptions

So clearly, age isn’t the only factor that determines price. Also consider other characteristics like the HDB flat’s location within the district. How close is it to the MRT? The closest supermarket? Is the chicken rice downstairs any good?

And if you’re thinking, “But you get what you pay for…”, that doesn’t mean older HDB flats are meh just because they’re generally cheaper.

All HDB flats undergo HDB’s Home Improvement Programme (HIP) twice in their lifetime. The HIP maintains the condition of ageing HDB blocks, and adds improvements where applicable, if your block is selected and at least 75% of the eligible Singapore Citizen households must vote in favour of it.

But our point is, this helps retain the flat’s value, slowing down the price effects of lease decay.

Perhaps this might change the way you look for your next home, or at least gave you some insight into this whole price vs age thing.

Spot any other patterns? Share it with us in the comments section below!