Good news for potential HDB buyers (or bad news for anyone who bought their HDB flat last week… Sorry)!

HDB just announced big changes to their home-buying schemes, making it easier for Singaporeans to afford their HDB flat of choice.

We never thought earning too much money would be a problem, but… It is.

Because of the income ceiling for singles and couples/ families looking to apply for BTO flats or Executive Condominiums (ECs), higher-income Singaporeans might have their BTO-ai-mai dreams dashed if they exceed this limit.

With the income ceiling raised by $2,000 for couples/ families and $1,000 for singles, more Singaporeans will now be eligible to apply for BTO flats or ECs: 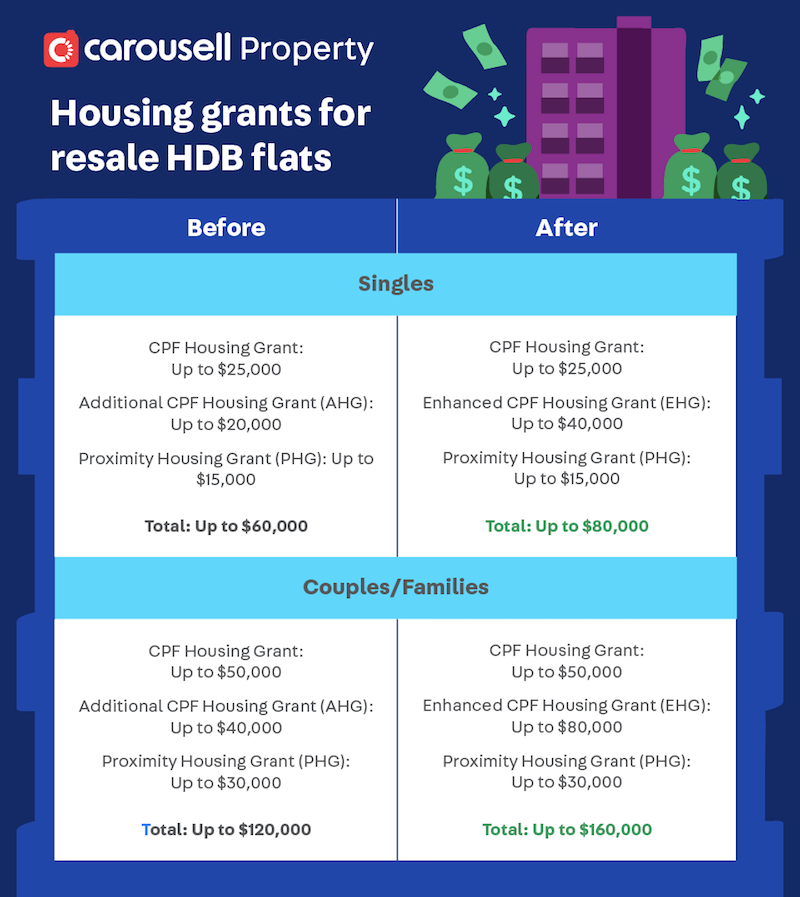 From now on, the AHG and SHG will be combined into a new Enhanced CPF Housing Grant (EHG) of up to $80,000, available to eligible buyers regardless of whether they get a BTO or resale flat.

Ok, that’s a lot of synonyms and numbers. Better illustrated in this table: 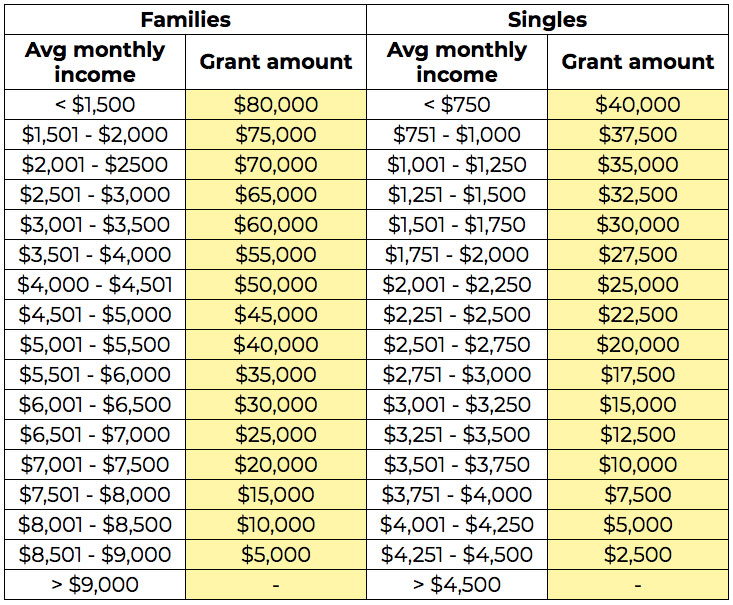 There’s one new condition for the EHG, though: your HDB flat’s lease must cover you until you reach 95 years of age.

This won’t be a problem if you’re applying for a BTO flat, since they come with fresh 99-year leases.

Your choices are plenty even if you’re buying a resale flat. Say for instance you buy your home when you’re 28. Your resale flat just needs to have 95 – 28 = 67 remaining years on its lease.

Otherwise, your grant amount will be pro-rated depending on the lease of the flat you’re intending to buy.

BTO hopefuls, one more piece of good news: You can now still get the maximum grant amount regardless of your choice of flat size and location.

Previously, the SHG was limited to those buying 4-room or smaller flats in non-mature estates. This restriction has been lifted – with the intention of benefitting, for instance, families who need larger flats (“We’re expecting twins!”), or couples wanting to live near their parents who may be in non-mature estates.

How you can benefit from HDB’s changes

They say successfully getting a BTO flat is like striking the lottery.

And now that more people are eligible to apply, competition will probably get a lot stiffer.

That said, the folks at HDB reported that they’ll likely increase the BTO supply beginning 2020 to meet the anticipated higher demand arising from these changes in policies.

But if lady luck is not on your side, resale HDB flats are now also much more affordable with higher grants in place.

Sellers get an easier life

It’ll be easier for homeowners to sell their HDB flats, since the demand for resale HDB flat are also likely to go up.

Don’t take our word for it – the pros said so! Since the home-selling flow is made much smoother, PropNex’s CEO Ismail Gafoor predicts it’ll also be much easier for these homeowners to move on to upgrading to private property.

“So the whole property cycle benefits,” he says.

Chances are, if you’re looking to buy a HDB flat – whether it’s a new BTO or a resale one – you’ll also benefit in one way or another.

Time to check out the next BTO launch, or buy your resale HDB flat, perhaps?