Home For sale How to buy a HDB flat HDB resale average prices: How much is your HDB worth in Q3...

Better chances elsewhere. Case in point: This quarter, 15 HDB flats were sold for more than a million bucks.

Want to know how much your HDB flat is worth?

We compiled the prices of all of the HDB resale flats sold from the third quarter of the year, and calculated the average (median) prices of homes in each neighborhood: 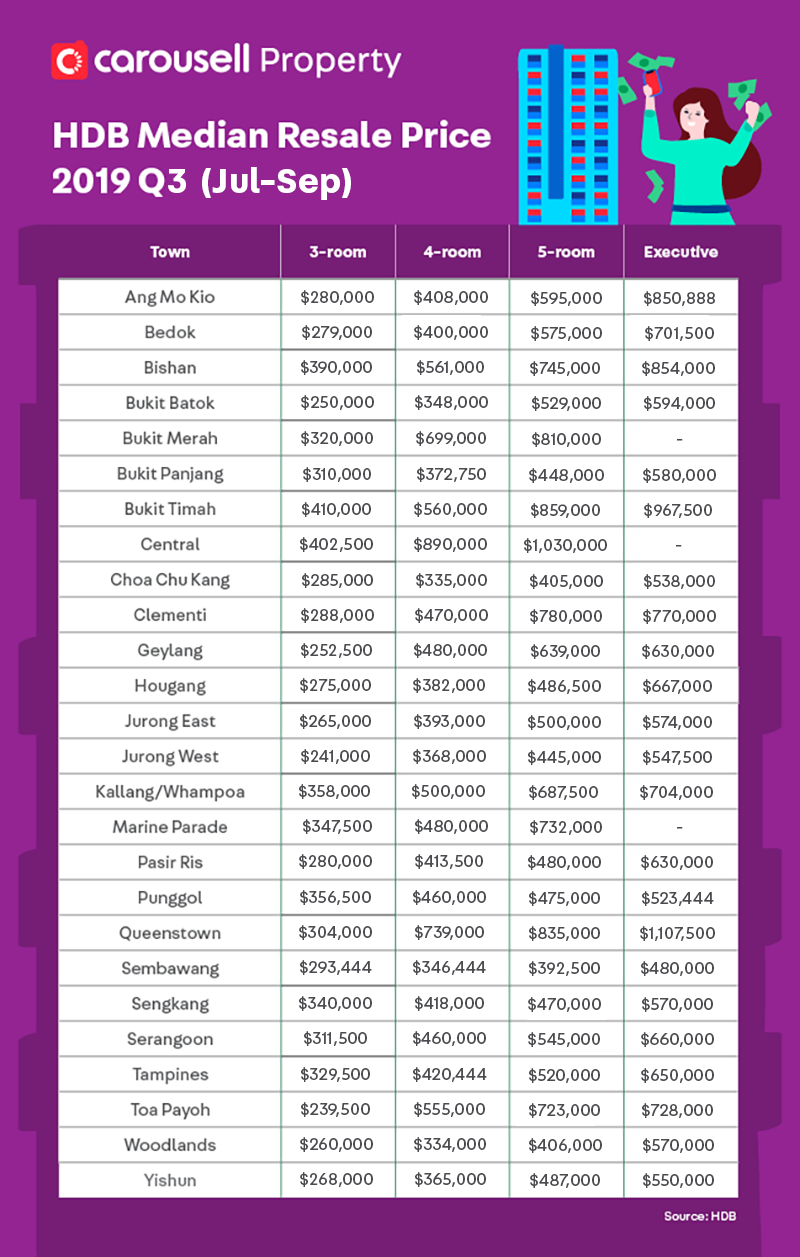 And the most expensive HDB flat sold goes to…

……… What a question to ask after talking about million dollar HDB flats. Yikes.

But for the most part, resale HDB flats still remain affordable. In some ways, even more affordable than before. So chin up, prospective homebuyers!

We weren’t paid to say that. We wish we were. But nope.

You see, HDB reported a slight increase of 0.1% in resale prices in the past quarter, but that’s not the full story.

Comparing it against housing prices of this time last year, you’ll find that the average prices of resale HDB flats actually took a dip: 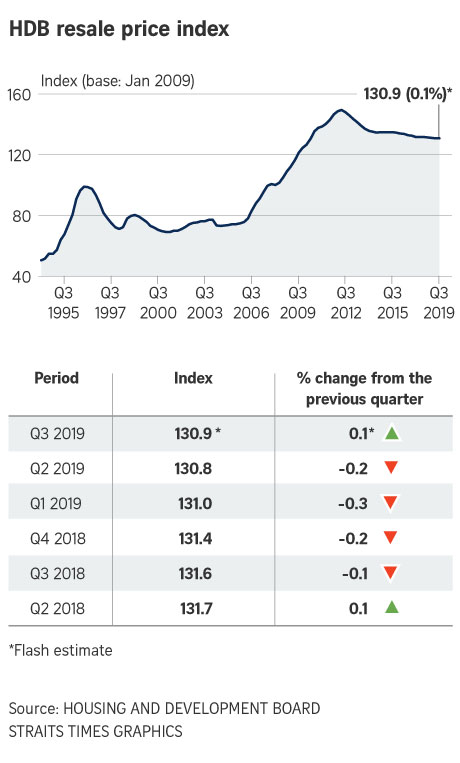 Plus, you might have heard: HDB announced big changes to their home-buying schemes this September, including higher CPF Housing Grants to help finance your resale HDB flat purchase.

With the new Enhanced Housing Grant (EHG) of up to $80,000 replacing the AHG, this means the maximum grant amount is now raised to:

Also, in comparison, the maximum housing grant you can get for buying a BTO flat is only $80,000. Meaning to say, resale HDB flats are now much more financially viable, even if you compare them to the typically more affordable BTO option.

All in all, it’s a win-win. There are more incentives for homeseekers to enter the resale market, and a greater pool of buyers means that all you homeowners will probably find it easier to sell.

Still curious? Click the button below to check out cheap resale HDB flats on the market!

And the most popular neighborhoods to live in among Carousellers are…