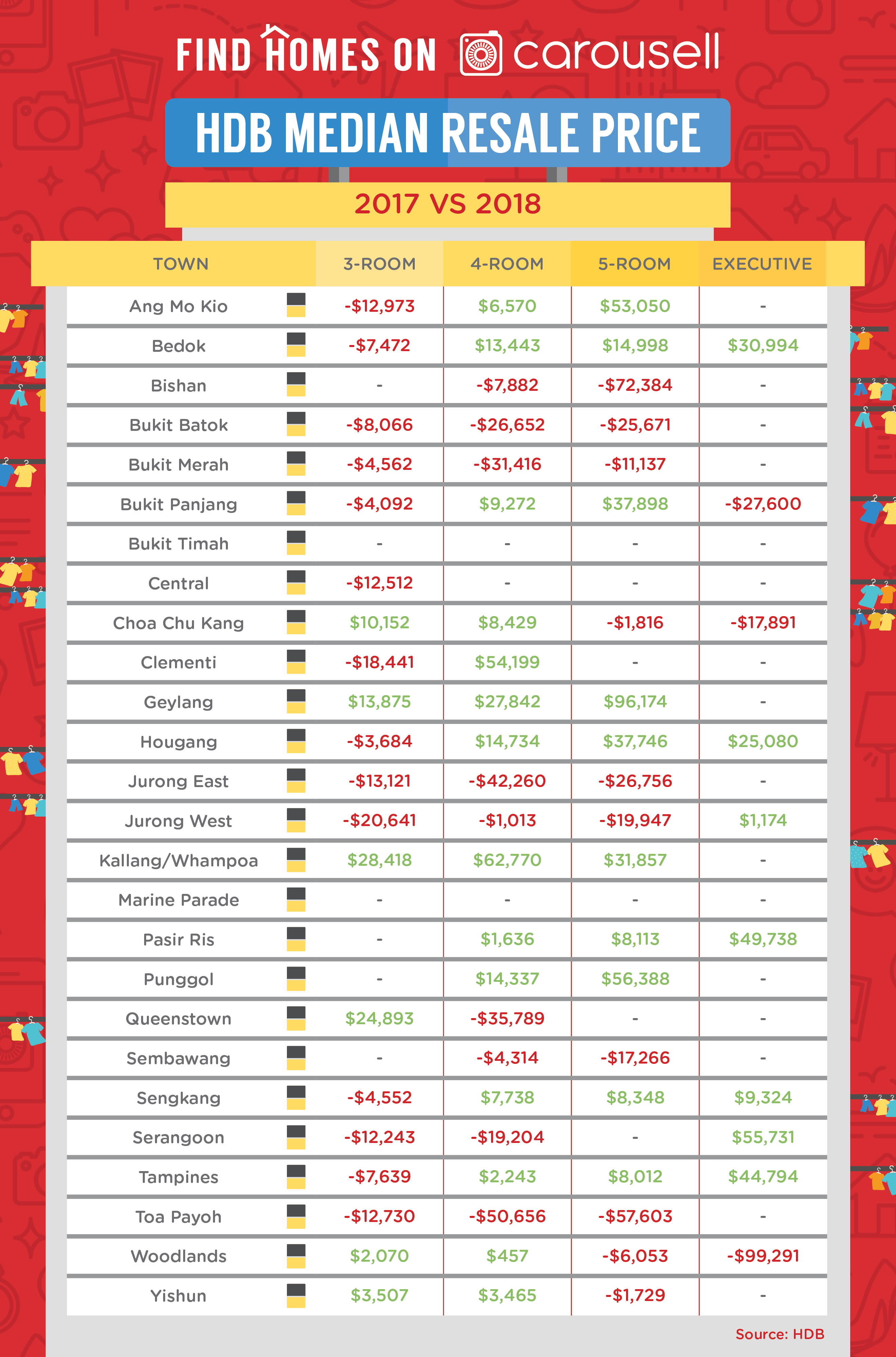 HDB resale median prices: How much is your HDB worth in Q3 2018?