Home For sale How to buy a condo Buying a studio apartment in Singapore: Are they good investments? 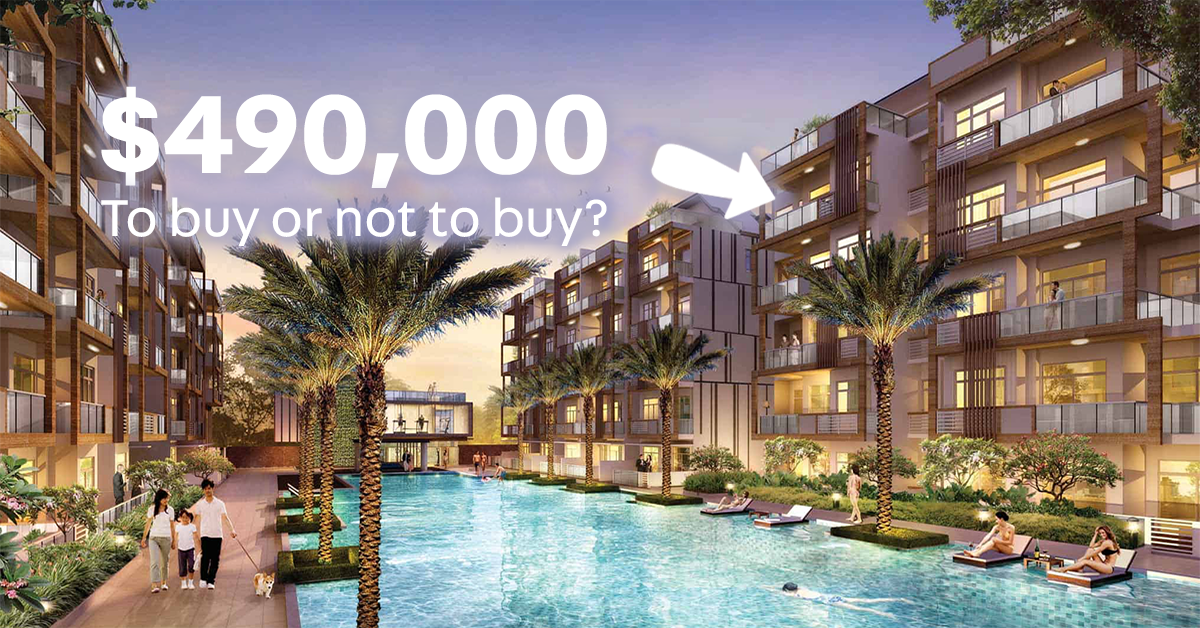 Condo studio apartments are one of the cheapest options for those looking to invest in property in Singapore.

How easy is it to earn a steady side income from renting your studio apartment out? Or potentially earn a profit from selling? We break down some considerations if you’re considering buying a studio:

This one doesn’t need much explaining. All things being equal, a studio apartment would be much more affordable than a larger unit in the same condo, simply because of its size.

That said, it’s not as simple as finding the cheapest studio on the market. You’ll also want to be looking at the unit price, i.e. the price per square foot of the property. You may be looking for something affordable but you also want it to be value-for-money.

Studio units normally command a higher unit price as compared to larger units, so that’s nothing to be surprised about. But do compare the unit price of the studio unit you’re interested in buying with that of other nearby condos to make sure you’re not overpaying. This is key because if the unit price of the studio is the most expensive in its vicinity, there’s not much space left for its value to increase any further.

For most people buying a studio unit in Singapore purely as an investment (and not as a home), their main strategy is to rent it out.

Aside from their relative affordability, studios also typically enjoy a higher rental yield (the income you earn from renting your property per year, as a percentage of the property’s total value). This means you’re earning back the money you put into the studio at a quicker-than-average rate.

There’s a caveat though: Captain Obvious would point out that you’re only getting rental income if your property is, you know, rented out.

In general, is there demand? For sure. Single expats working in Singapore, non-homeowner couples needing their privacy (wink)… Even among Singaporeans and PRs, we’ve seen the percentage of people living alone increase from 9.5% in 2012 to 13.0% in 2017. And with the current Covid-19 situation forcing everyone to stay in more, articles are reporting that many more are turning to the rental market for their own space. These people might all be looking for a studio apartment for themselves.

However, also consider the possibility of void periods when your property is unrented. That’s the most painful, since your rental income is a fat 0. With studio apartments, you might run the risk of more void periods, as compared to say, if you were renting out a 4-bedder.

Don’t get us wrong, we’re not saying all tenants renting studios are serial house-hoppers. Your tenant might very well stay for years, but keep in mind that it’s much easier for someone who’s flying solo to move around, whereas big groups or families renting larger units are more likely to rent for years at a time, reducing void periods.

Before buying any property, also think about your strategy when the time comes to sell. How tough will it be? Will there be any potential buyers?

Admittedly, studio units only appeal to specific demographics like singles, couples not planning to have kids, or those thinking of buying a second property as an investment. It’s less likely to draw families, which make up the bulk of the property-buying folk in Singapore.

But think of it this way: Studios might be the ONLY option for certain homebuyers. For instance, for singles who haven’t yet hit the bit 3-5 aren’t eligible to buy HDB flats on their own, studio apartments in condos are probably the only financially attainable choice for them.

And like we mentioned, for what it’s worth, studio units and one-bedroom apartments are often the first to sell out in new condo launches in Singapore. So we’d say selling your studio would be no harder than selling a larger unit. 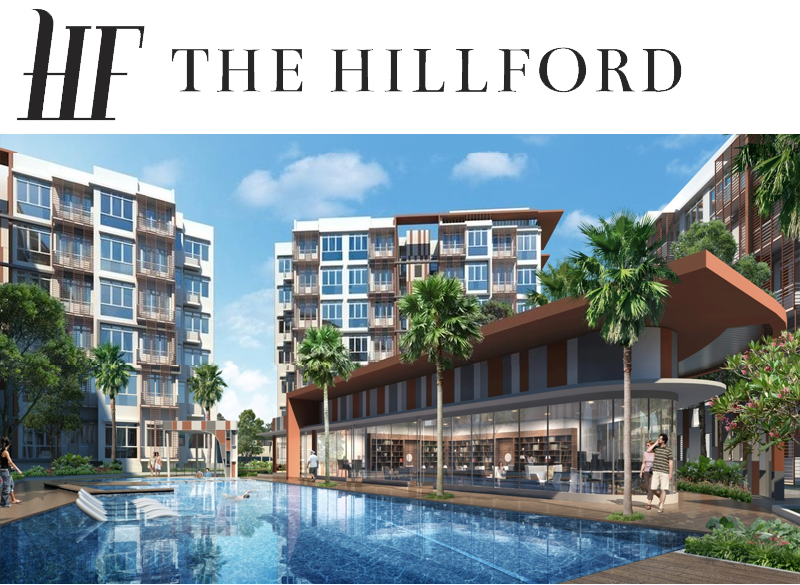 Ok, so The Hillford is a little special, built with a 60-year lease beginning in 2017 (most condos are built either with a 99-year lease or as freehold).

Despite the 60-year lease, it’s still incredibly cheap for any condo, with units transacting as low as $400k+. 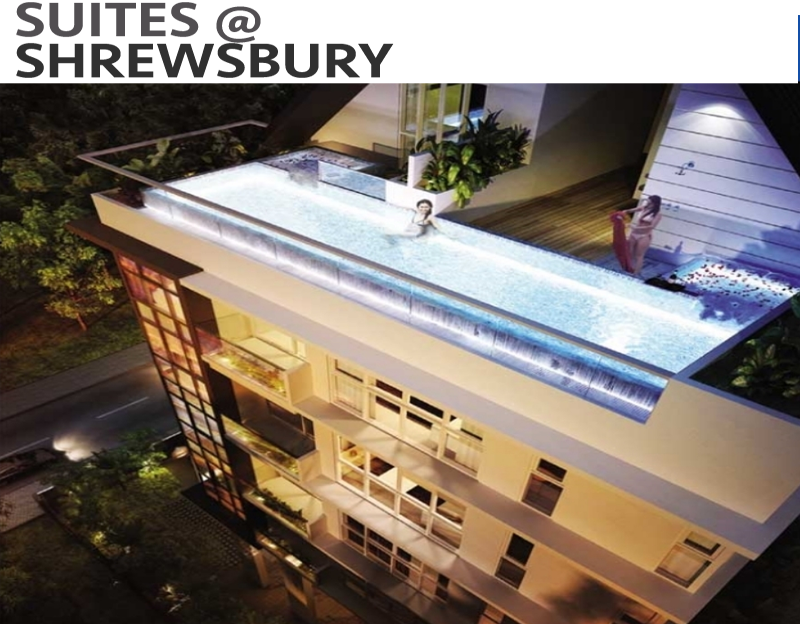 Can you believe the cheapest unit in this Newton condo went for only $550,000? You’d struggle to find a condo at that price even in the heartlands.

Suites @ Shrewsbury consists of only 15 units, and is one of the several condos in Singapore that house only a small number of compact apartments. (Other examples are Suites @ Paya Lebar and Suites @ Changi.)

However, the trade-off is that facilities in these condos often aren’t as fancy schmancy as bigger condo projects. There’s still everything to love about having a dip in the pool, but you’ll get to the other end of it in 5 strokes. 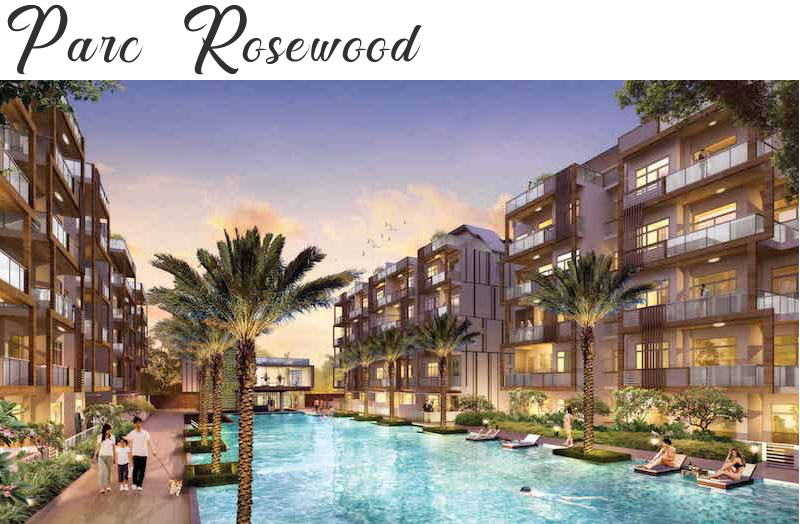 Most of us associate studio apartments in Singapore with the ultimate bachelor pads – a downtown location, a view of the city… But more property buyers are actually looking at locations closer to the heartlands.

Not to mention, these come with a smaller price tag as well. A compact unit in Woodlands’s Parc Rosewood, for instance, recently sold for only $490,000. (That’s cheaper than some HDB flats!)

Back to the question: Are studio apartments good investments?

Studio apartments can be great investments if you’re clear about exactly what’s going to give you a return on investment. Planning to sell at a profit? Ensure you’re buying at good value. Planning to rent out? Be diligent with marketing your property to minimize void periods, so your rental income flows in steadily.

Of course, this can be said about any property. But if the cost of a larger investment property is going to drain you down to your very last cent, then a smaller apartment – and studios are as small as they get – would be a much wiser investment.

There are plenty of options if you’re looking for a studio apartment in Singapore (and shopping around is definitely the fun part). On that note, happy home-hunting!

Landlord’s guide: How to rent out your HDB flat in Singapore

Buying property in Singapore: What defines a good property market?