If you haven’t heard, since this year, homes in Singapore can choose where they buy their electricity from in the Open Electricity Market (OEM).

According to Singapore’s Electricity Market Authority (EMA) – the folks regulating this whole utilities thing) – about 560,000 out of 1.4 million households already made the switch.

Making the switch is easy, but picking which energy retailer to go with? Could be tough, since they all give you pretty great savings.

So here’s some help:

The best ranked electricity retailer is…

The EMA surveyed households who had switched to other electricity retailers for at least 3 months.

They calculated the service standards of each retailer, both when signing up (e.g. whether the retailers clearly conveyed price points, the contract period and other important information or extra charges) and after signing up (because that’s equally important!). 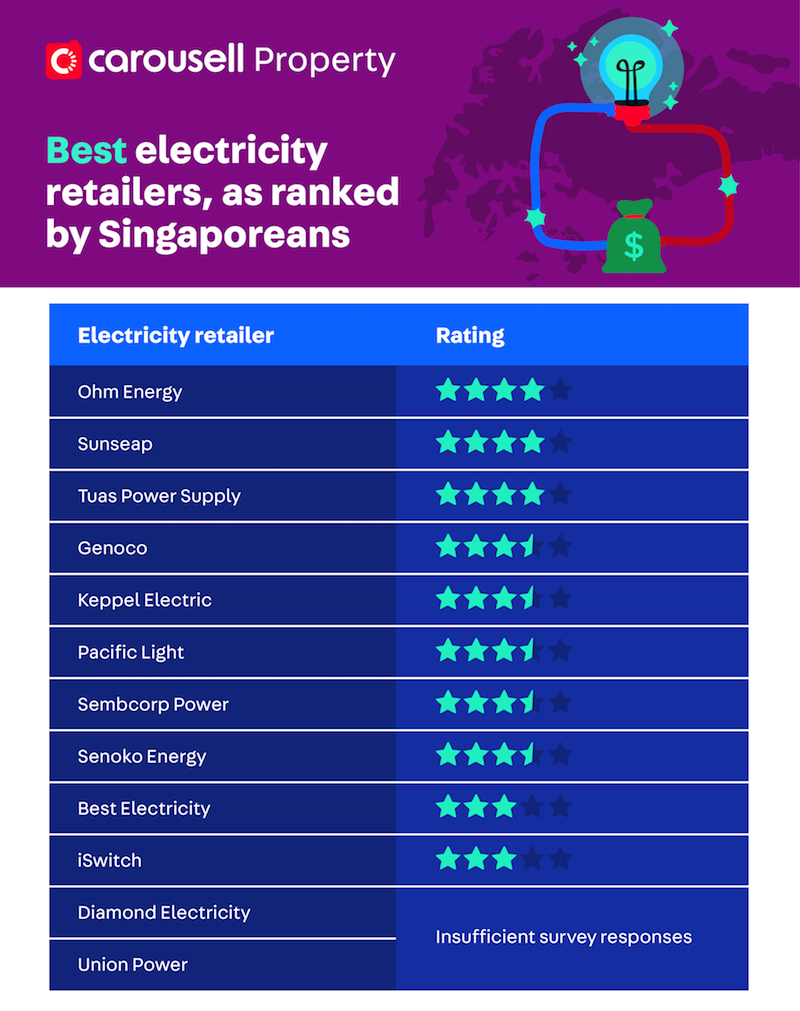 The most popular electricity retailer is…

Of the 40% of households in Singapore who switched to other electricity retailers, more than a quarter went with Keppel Electric: 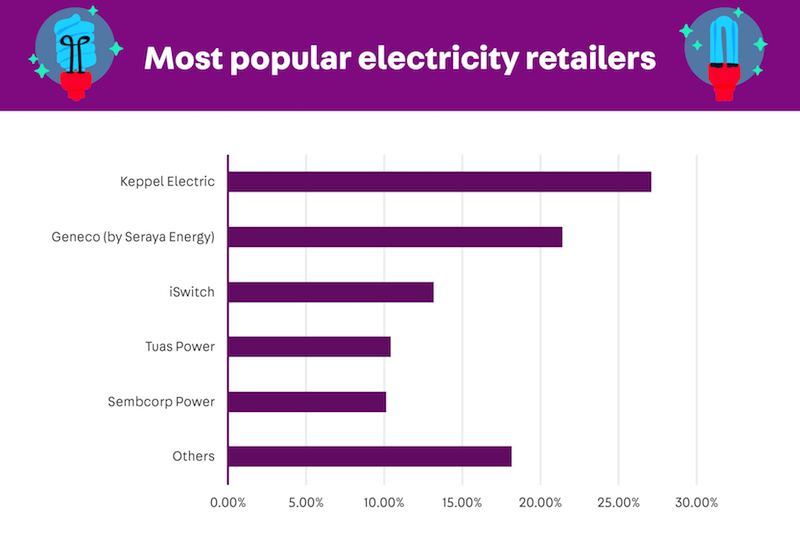 Singaporeans managed to save…

Of course, the biggest selling point of switching to an electricity retailer in the OEM: You’re saving money on electricity bills every month.

The EMA found that those who switched enjoyed savings of 20% to 30% compared to SP Services‘s regulated tariff.

Pro tip: Use Open Electricity Market’s price comparison tool to compare each electricity plan (because we’re not gonna lie, there are seriously a looooot) and your estimated savings.

And you’ll get a breakdown of each option:

Read more: How to Set Up Your Utilities With SP Services in Singapore »

Convinced to make the switch? Read our handy OEM guide. You can thank us later!

Where on earth do I store my ___? 10 smart storage solutions for small HDB flats