You’ll no doubt know some collectible sneakers can be insanely valuable, with some sneakers going for well into the 4 figures on marketplaces like Ox Street.

Whether you have a casual interest in browsing the most expensive sneakers, or you got inspired to embark on your own sneaker reselling journey, you’ll need to get up to date on the latest price movements. Our friends at Ox Street have compiled a list of the top 10 sneakers that have increased in value over the past year. You might want to keep an eye on these! Before this pair, the last New Balance 550 was released in 1989. It took a ALD founder Teddy Santis a trip to Japan where one collector owned an original 80s pair to revive this model. This movement, starting with the Aimé Leon Dore x New Balance 550 ‘Green Yellow’ has managed to bring the NB 550 back to the limelight, having become one of the top selling sneaker silhouettes in 2022. As always in sneaker culture, it’s the shoe that started it all, also know as the OG, that will be the most investable. In this case, it’s the ALD x New Balance 550 ‘Green Yellow’ Some sneakers go up in value because they are a hyped up collaboration with a famous designer, some because they are ultra-rare. And then there are those that appreciate in value simply because they are great looking, high quality and super wearable. The Dunk Low Premium ‘Medium Curry’ is one such model. Initially underestimated by the community, the prices were reasonable for several weeks after release. But after more and more people started seeing this pair ‘on-hand’, sales started to take-off. The Off-White Jordan 2 was already hyped to begin with. Bringing back a forgotten Jordan silhouette that actually flopped in the late 80s when it was released, the storytelling in this release is on point. Recreating the crumbled look of an original 80s AJ2 museum piece, the pair has an aged look about it. It also featured Michael Jordan signatures on the lateral face, in a nod to MJ’s habit of signing sneakers after momentous games. A few weeks after release, Off-White designer Virgil Abloh tragically passed away, and that’s what really catapulted the value of this pair to the stratosphere. The Off-White Air Jordan 2s will forever be known as the last Off-White release during Virgil’s lifetime. True museum quality. Atlanta-based retailer A Ma Maniere is known for lifting every sneaker they touch into the luxury domain with the use of superior materials. Following older collaborations on the Air Force 1 which did not pick up a lot of hype, this Air Jordan 3 release is widely considered one of the top 3 sneaker of the year candidates for 2021. It’s a very tasteful and wearable neutral toned sneaker, which was released exclusively in Women’s sizes. The sneaker tells a story championing the strong women in our lives through several textual elements spread around the shoe. A real classic, again cementing A Ma Maniere as a legitimate force in sneaker culture. 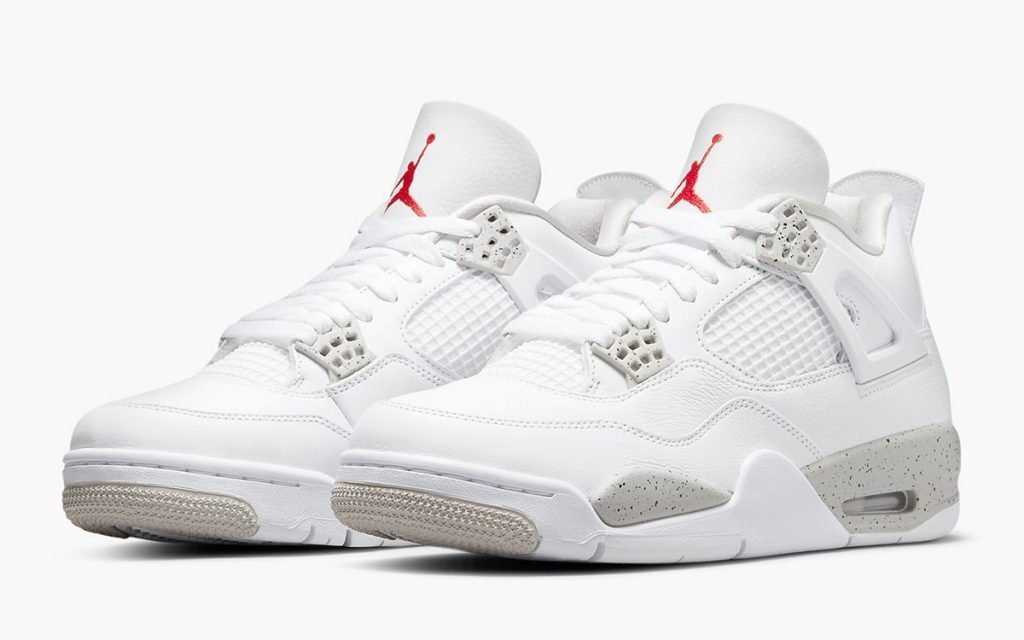 Several Jordan 4 releases did well over the past year, propelled by the massive hype around the Off-White Air Jordan 4. The Oreo is, like the Fire Red, a retro release. Originally dropped in 1999 the Oreo is CLEAN and goes with everything. It’s recognizable from the speckled midsole and lace eyelets which resemble the look of Oreo cookies dunked in milk. An excellent pair with both collectible and wearable chops. Ahh, University Blue. Before coming to the Chicago Bulls and becoming the GOAT of Basketball, Michael Jordan was of course playing for his Alma Mater, the University of North Carolina. Their color scheme is this particular shade of blue. There was an original Air Jordan 1 release in University Blue, and the color was propelled into hype territory by the legendary Off-White Jordan 1 High in the same color. Bringing this color to the Dunk Low was a good call with sales going through the roof not long after release. A great looking pair with a rich story makes for an investable combination. Made fully from suede, and invoking similar vibes as the famous ‘Ugly Ducking’ pack from 2001, this pair is a surprise contender for this list. Of course Dunks have done extraordinarily well in the past few years. What we love about this pair is the tasteful yellow. The yellow laces, swoosh and outsole go so well with the moody brown and green, it makes for an outstanding, understated look that fits the neutral tones that are so popular right now. Another University Blue model on this list. But in this case, there is another angle making this one of the most value increasing sneakers of the past year. This release is a clear nod to the Travis Scott x Air Jordan 4 Retro ‘Cactus Jack’ from back in 2018. It’s an established trick from Nike and Jordan Brand. Recreate a hyped collab just different enough for hardcore crowds to tell the difference, while still bringing the basic look to a broader audience. It was a slamming success with a careful start but huge appreciation over time. 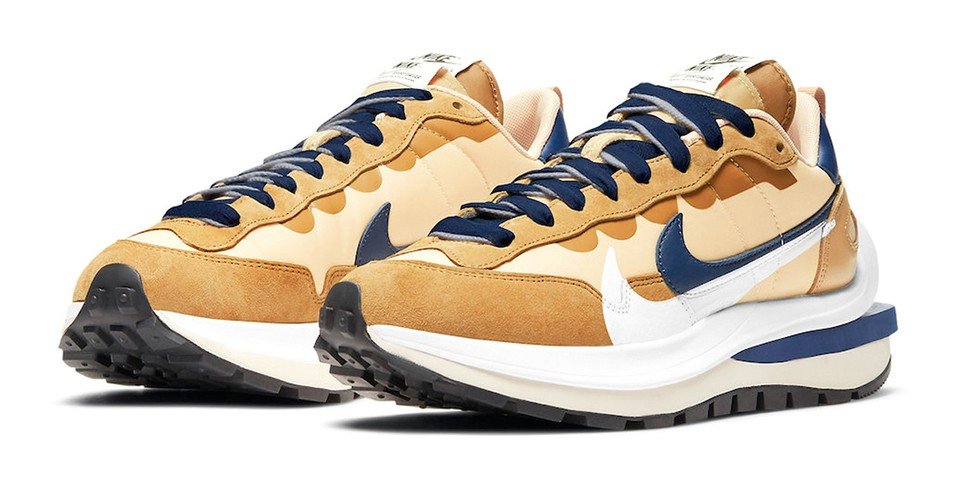 The Vaporwaffle from Sacai is blending elements from the modern Vaporfly and vintage Pegasus runner from 1983. Carrying on the Sacai innovation of blending several shoes into one, the model had a somewhat tentative start. This particular Sesame Blue Void colorway in particular didn’t get much love at first, but with the other colorways being coveted and high value, collectors started to take notice. Resale transactions started to take off a few months after release, taking the price up to high 700s. The poster child of the Off-White ‘Dear Summer’ aka The 50 collection is also the rarest and widely considered to be the best looking of the fifty models making up this collection. The standout combination of crisp white uppers with yellowed soles and the signature Off-White exposed foam tongue hits the retina hard. Instantly recognizable as an Off-White collab, this could easily be considered the missing silhouette of the original ‘The 10’ collection. Approached only by the only black pair in the collection, Lot 50, the 01 is the most valuable and a true collectible work of art.

There is no guarantee that these models will continue to go up in price, but this list does show us some themes to look out for:

The ‘OG’ of a new trend or model. Several of these releases are the Original of a capsule, or a revival of some sorts. This applies to the Off-White models, the A Ma Maniere and the New Balance. Others are a nod to an interesting past, like the University blue models. Lastly, some are just the right mix of looks and price point, like the Dunk Lows and the Vaporwaffle. Keep an eye out for these elements when deciding which sneakers to collect in the future!

First-timer Guide on Why, Where and How to buy Secondhand Luxury in Singapore 2021

Guide to What, Where and How to Start Thrifting in Singapore 2021 Cleaning white sneakers, altering your clothes, and other style tips to...