SXSW is a good place to watch waves. Although it is only my fourth year at the conference, it was clear that topic of AI is taking over the event, and maybe the world too. Tons of talks, two full days dedicated to the topic itself and the focal point of Bruce Sterling’s closing talk —  AI was everywhere.

AI was nothing new at SXSW. It has been bubbling up year after year, and was one of the hottest topics back in 2016. The difference this year was the focus on the impact of this technology on society, and a lot less about the technology itself. Going from Machine Learning 101 workshops to the Future of Employment, from technology to politics —  there were a lot of talks with fascinating implications being discussed.

The Future of Jobs

“This is the way of the world. And the world isn’t always great. We all have to find ways to change.”
– Travis Kalanick, CEO of Uber

The impact of AI on the future of employment was one of the key topics this year at SXSW. Optimists are expecting the replacement of dull positions by other paid activities, and everyone living happily ever after.

On the other hand, pessimists are considering a possibility where most of our jobs will be long gone in the next 20 years, with vast segments of the population having to adjust to a new reality.

Not surprisingly, most of the focus in Austin was centered around the latter and the potential ways to address the situation, including an idea that is gaining a lot of ground lately — Universal Basic Income (UBI). Millions of people in a country without a prospect of finding a job ever again in their life? Not a problem — just pay everyone a decent amount of money for servicing the basic needs of an individual. Big problem, simple solution – what’s not to like? I have to admit — my inner economist is a big fan.

As always, Bruce Sterling and his closing speech came to the rescue, shaking beliefs and assumptions about the big ideas at the conference. Back in 2016, he predicted the unthinkable — Trump — will happen, and everyone will be okay.

This year, he surprisingly labeled UBI a totalitarian dream. The label actually makes at least some sense: one social group deciding for another what is sufficient, and that a job — for many a big, if not the most important, structural part of their lives — can be replaced by a meager monthly payment, with the social aspects of the whole situation being made unnecessary. Most of society will become entirely dependent on the government. How convenient!

UBI was labeled an Engineering Solution. Sterling reminded everyone about the other such solutions we’ve had in the not so distant past — everything was planned for everyone in both Communism and Fascism. We know how it ended, and history tends to repeat itself.

Continuing the theme, the speaker offered a few more extreme ideas to solve the problem, extending the approach further. The range can start from refugee camps and end with extermination ones. Our tech society is so afraid of Trump, but maybe it should be afraid of itself?

The tech side of the story is not the only one looking for a solution. The losing side will not stay passively miserable. Trump is just the first step, and it is highly likely there will be more. Again, there is at least one lesson found in the history books. One such a dramatic technological shift with a great impact to employment gave rise to the Luddite movement — people destroying machines to save jobs. Guess how it ended? By now, it should not surprise you that breaking machines became a capital crime.

The Future of U.S. Dominance in Tech

The complex impact of AI in society may even play a significant role in disrupting the United States’ overall dominance in Tech. If this transformation will be as great as expected, can Silicon Valley continue to be the center of the universe?

Democracy may not be the friend of AI, especially if significant parts of society are negatively affected by the change. The jobless people are voters too and representing their interests — even before the transformation itself happens — may lead to a slowdown of progress.

Besides, at least some aspects of AI deployment — such as driverless cars — may require significant infrastructure investments too, that are much easier to commit to in controlled societies such as China, and not the U.S.

There are some interesting signs on the consumer adoption front too. Western consumers were not so eager to interact with chatbots on Facebook after all, and the focus is now shifting to specific task-centric interfaces. However, AI-powered chat partners in Asia are reportedly gaining traction rapidly. 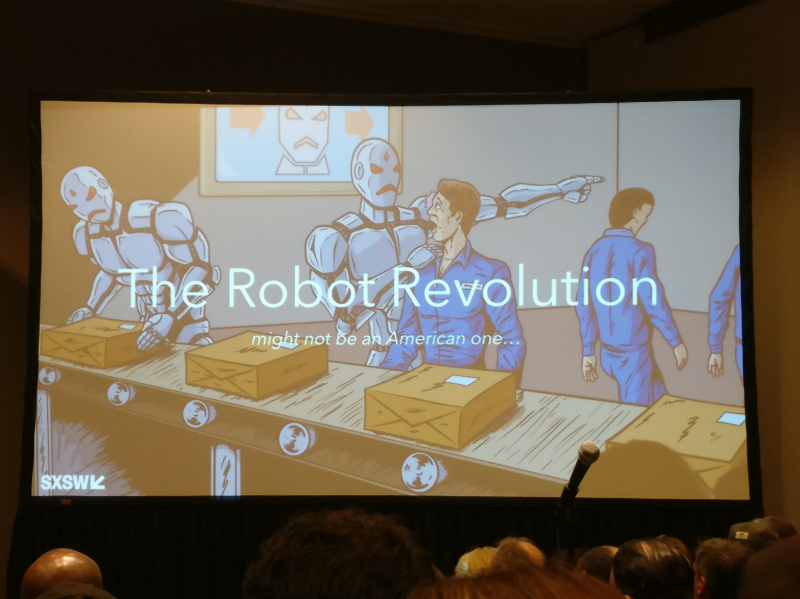 As was noted by Matt Rendal from OTTO Motors, the US is far from the lead in some critical hardware areas. The country has already missed the first wave of industrial robots: the biggest four companies in industrial robotics today are not American ones and roughly four times more robot shipments go to China compared to North America.

The US should not be discounted though, as it had come back in the past. The mobile phone industry in the mid-2000s was dominated by Finnish Nokia and Korean Samsung, yet for the last ten years, it is American Apple and Google leading the way in the area.

The Divisions in Society

Orderly transformation is dependent on a well-functioning society. However, recent trends point to the other direction. Divisions pre- and post-elections in the US are evident, and social media receives a lot of blame for this. Filter bubbles are real. Again, these are AI-powered.

Social circles and recommendations around the things you already saw or liked keep you in the vicious cycle of confirmation bias. Everyone sees the world more differently than each other with every passing day. And then suddenly we become surprised — how anyone could have voted for Brexit because Facebook was full of those who voted against it? Guess how the pro-Brexiter’s feed looked like?

Although Facebook seems to finally admit there is a problem, no one outside the company is convinced Mark Zuckerberg’s famous 6000-word essay contains a solution. Trying to get back to pre-online communities and labeling fake news to those who do not trust any gatekeeper don’t look like viable solutions.

The key, according to Bubble Burster Claire Woodcock, is stepping into someone else’s shoes and considering a different point of view. You can start from looking into what Trump sees when he opens Twitter.

Diversity is now about the Other America

Diversity is always a big topic in SXSW. Every year it sounds very different. Three years ago, it was mostly about race. Later, women started to dominate the theme. Both are still very relevant and important. Uber’s Engineering culture (or lack of it) still was a big thing last month.

Based on one aspect of the diversity problem — representation and embrace of society groups that are often left aside — this year is about the white guys. More specifically about the other America. The people who elected Trump.

No, there was no embrace yet, but there was a sinking feeling that someone is missing in majority conversations.

“If people dislike you or if people hate you, it’s often normal to ignore them, to avoid them or to hate them back. The only real solution is to meet the people that hate you.”
– Brian Chesky, CEO of Airbnb

Ignorance is not an answer. Thinking that the other side is just dumb, and plain inferior to the group you are representing will get us nowhere. It was striking to me how dismissive we all are of the Other America, to the Brexiters, to people who are voting for Le Pen today— a lot of countries have the other side now.

And the different sides do not talk with each other. Even our nice Airbnb host in Austin openly admitted to throwing out a Trump supporter, and she genuinely felt no shame about it.

The problem will not go away. AI is likely to have significant repercussions on society and the role of work. The problems are likely just to become harder. All of those can be understood and tackled, but solutions will look very different if we solve them by talking to the people that are most affected. Otherwise, we — the privileged ones in tech — will become the problem, and face the solutions.

A Day in the Life of Trust & Safety at Carousell 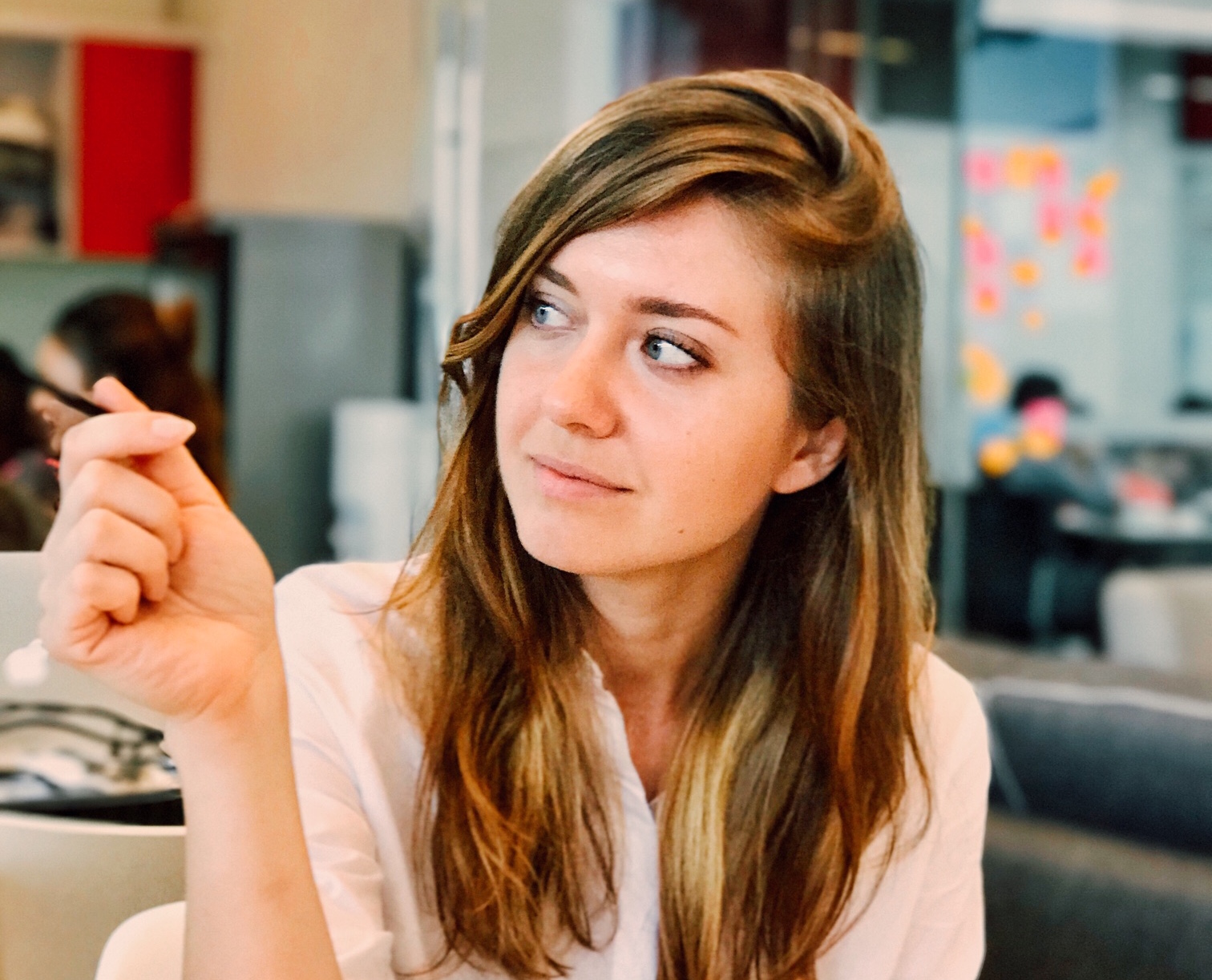 A day in the life of a Product Manager in Carousell